I finally managed it. In the spring when I started to kayak on Danube I said to myself that one day I would leave Bratislava and get all the way to Hainburg. Back then I found it really impossible. My kayaking skills were very poor and so were my physical abilities. Somewhere in the middle of September the level dropped so much that it was not possible to practice in Karloveská bay and this was why I started to practice on Danube. Continuously I started to extend my practice sessions up to Devín castle. After a long time I found fellow-fighters who think of late autumn as another season, not a reason why to store a kayak until the next season comes.

Our goal was to reach the most easterly town in Austria - Hainburg an der Donau with stunning medieval gates and walls.

We set off at about half past nine. A strong cross wind reached almost 50 km/h.  When on water, not only can you feel and hear the wind, but you can also see it. You could see how the wind was dancing on the water surface playing with fallen leaves. The wind was very strong, not too cold though. At the end of October 10°C makes a pleasant temperature. 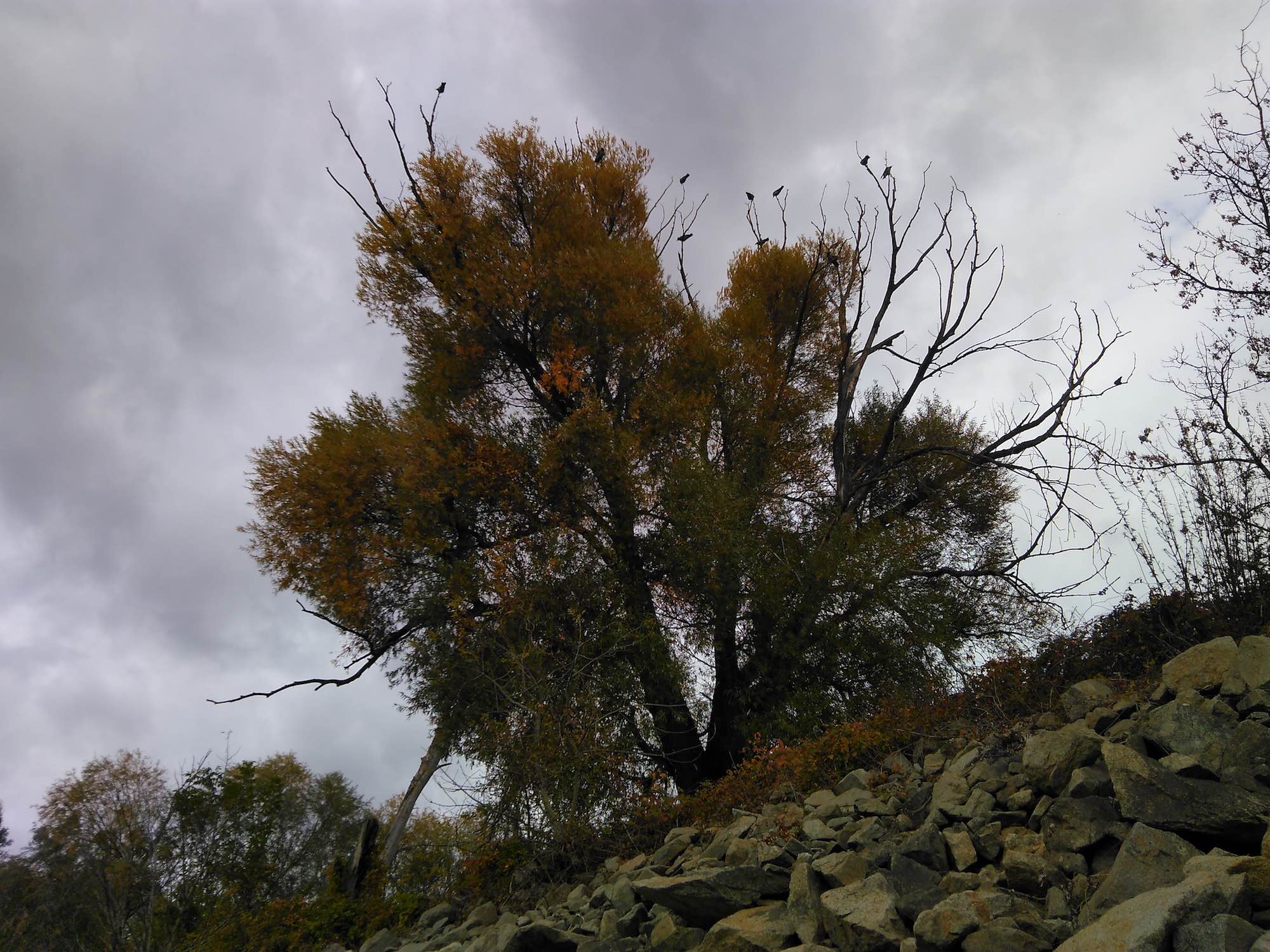 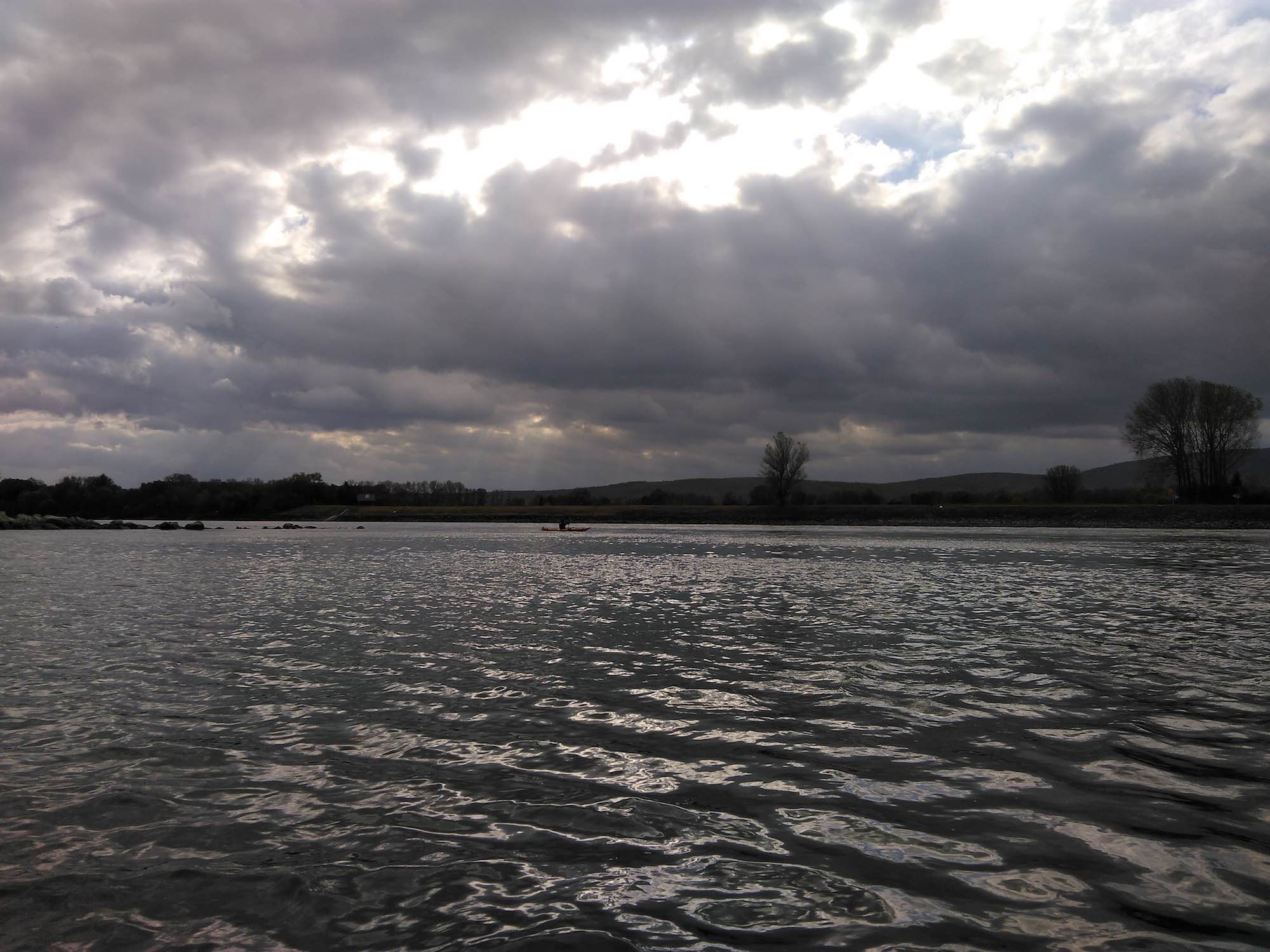 The stone dams in front of Devín

The stone dams in front of Devín make the hardest hurdles, especially the last one. I conquered it twice today. When I thought I was safe I turned back to see how the others were doing. Martin was left behind so I stared to cheer him up.   I  thought he was not so far away. Suddenly the stream took me to the last dam. We separated. Martin traversed to the Austrian side of Danube and we met again in front of Hainburg. To traverse under Devín is not only difficult but also dangerous. Strong vortex and freezing water are not really appealing. 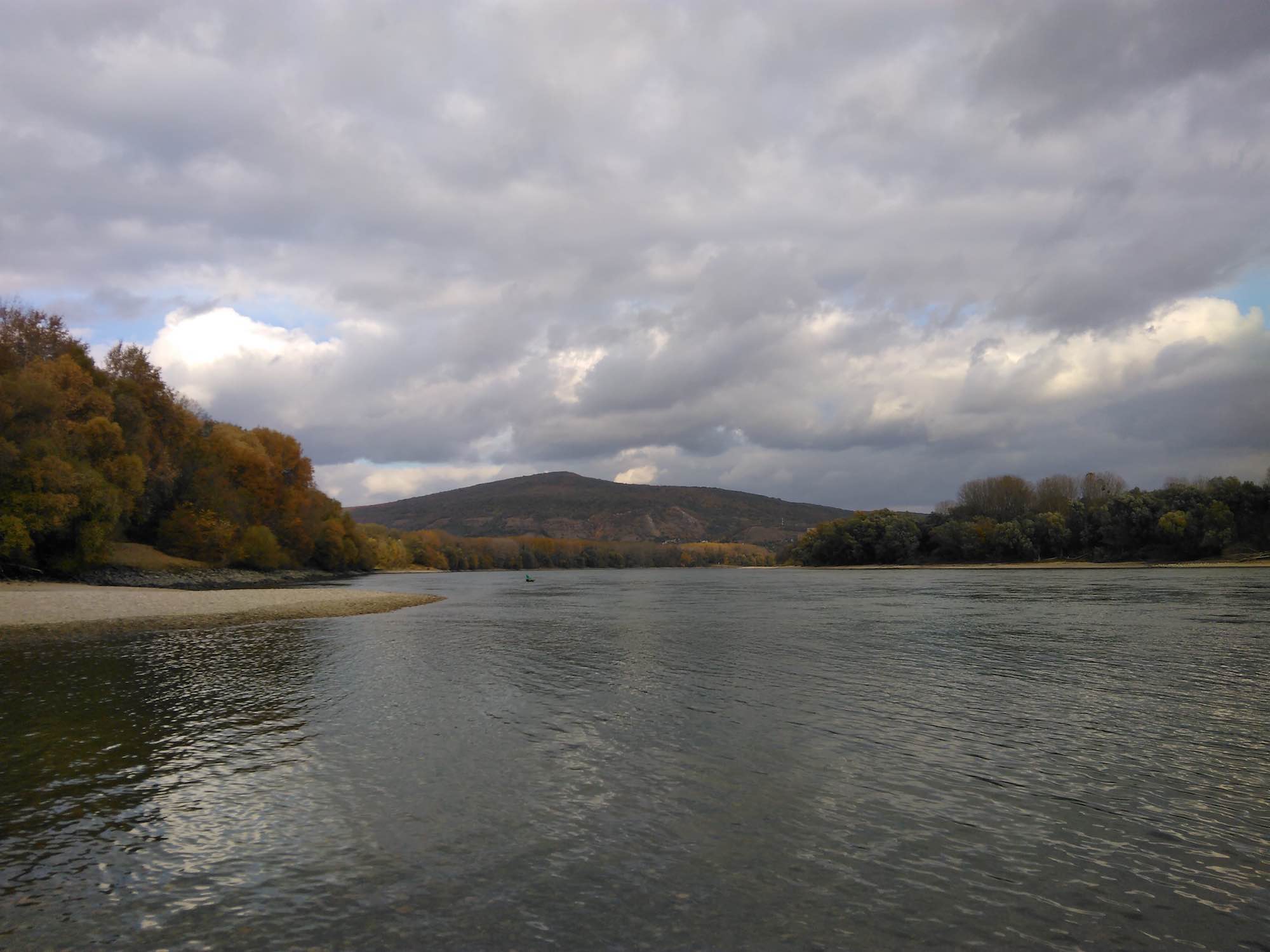 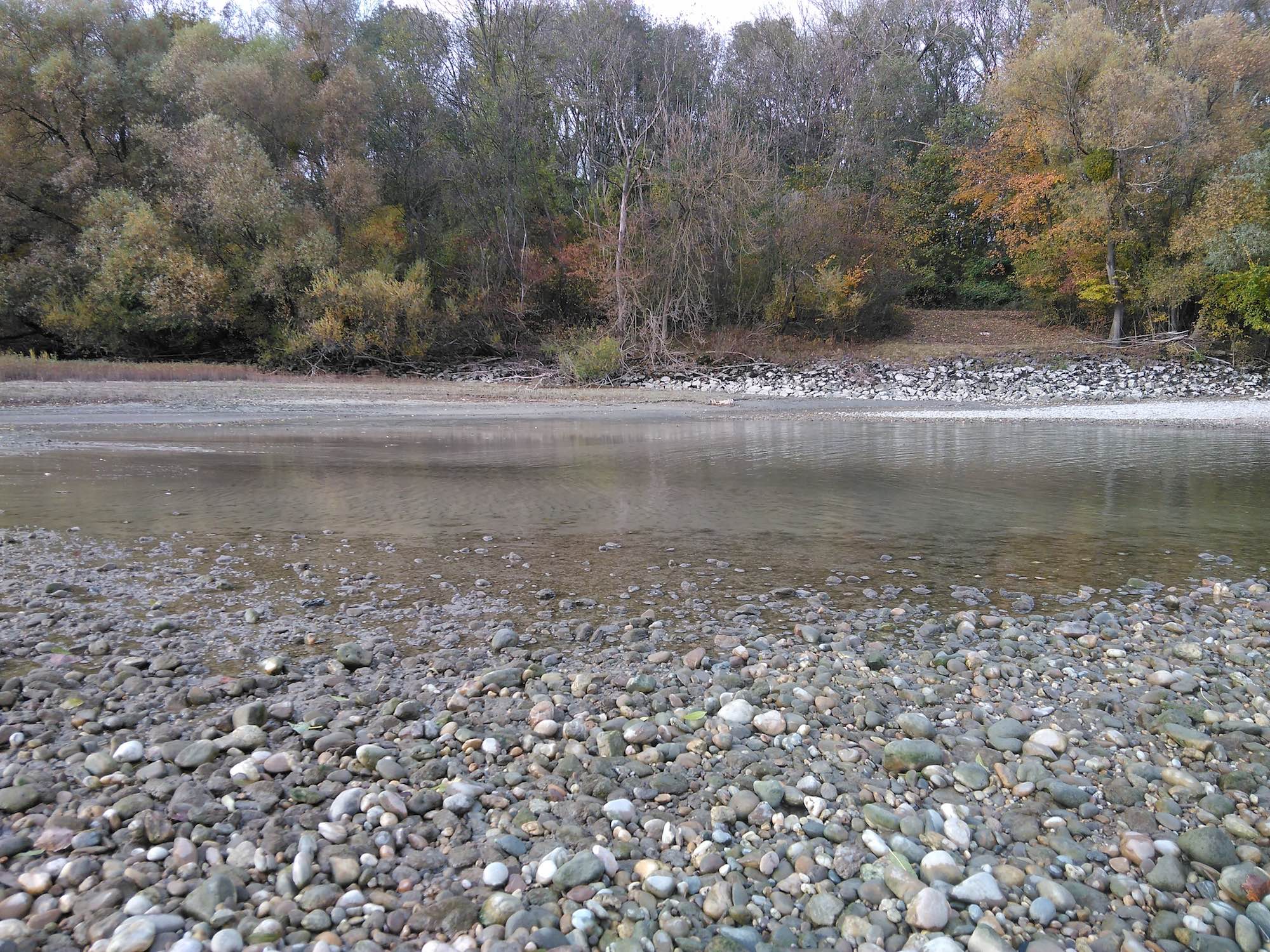 Receding Danube with its many lagunes and lakes. 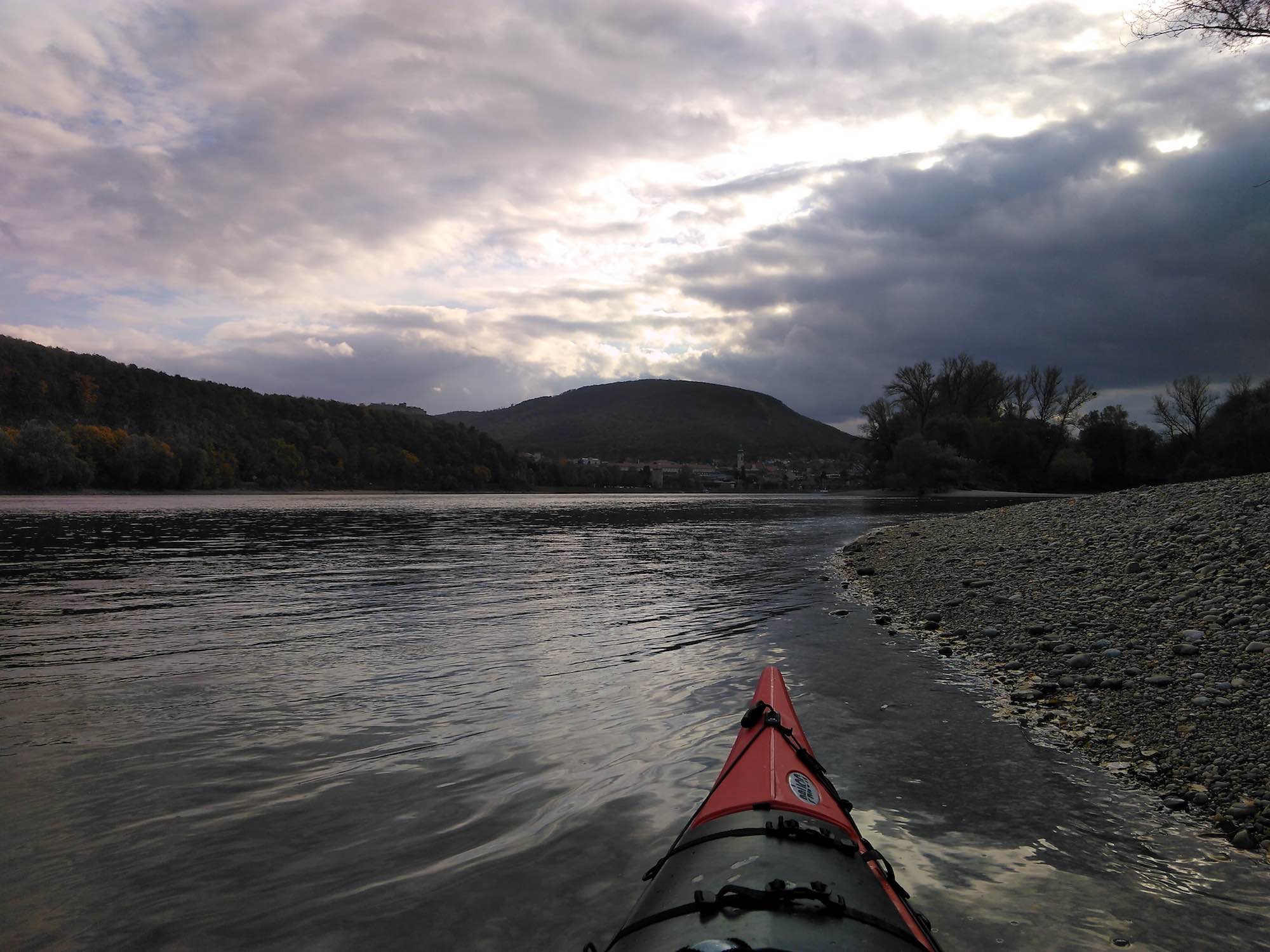 I feel my shoulders and my back is hurting too. Another curve means a town in sight. Paddling is easier now. 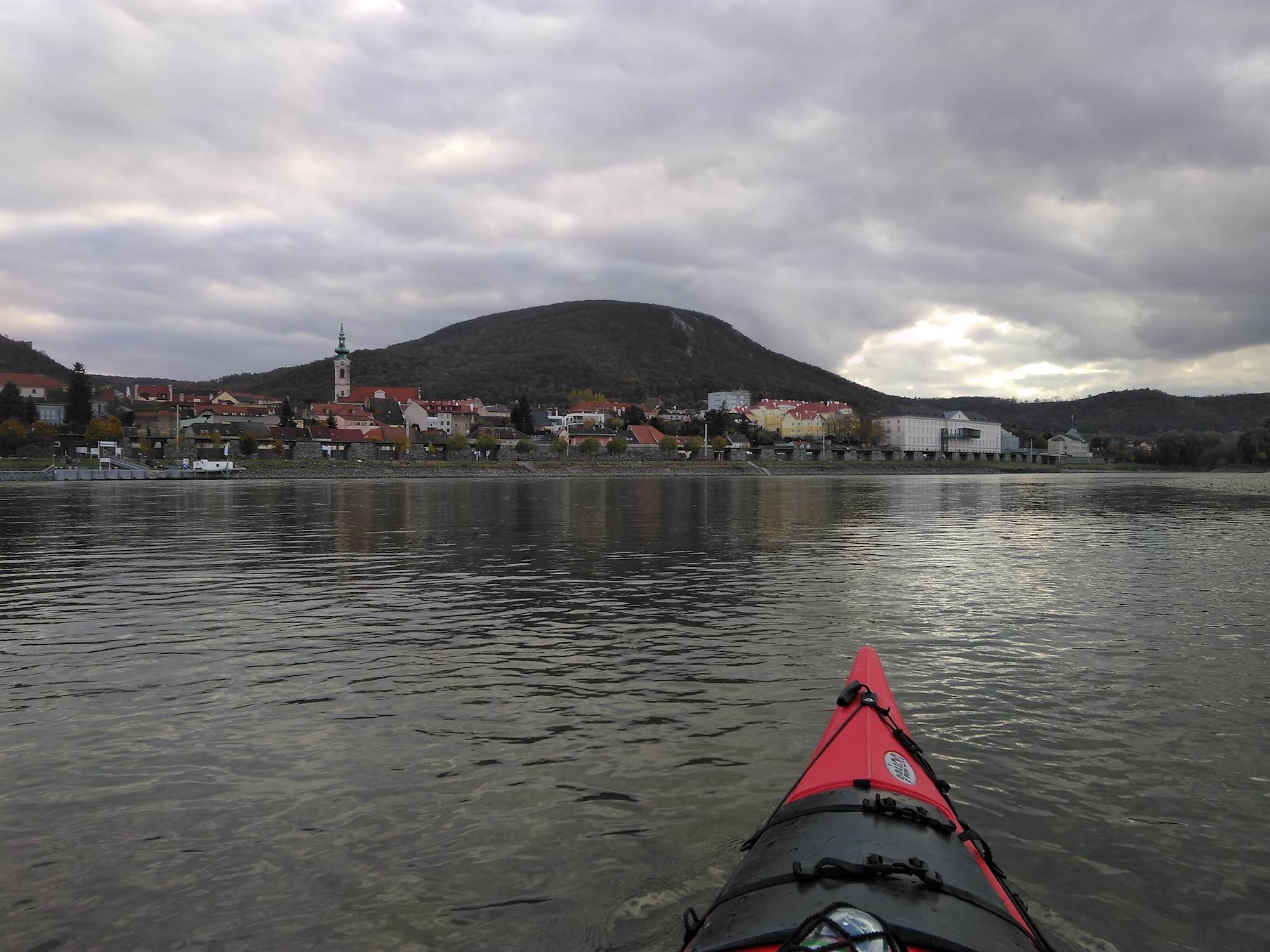 A few more hundreds of meters in strong back flow and then traverse to another side of the river, directly to the harbor. 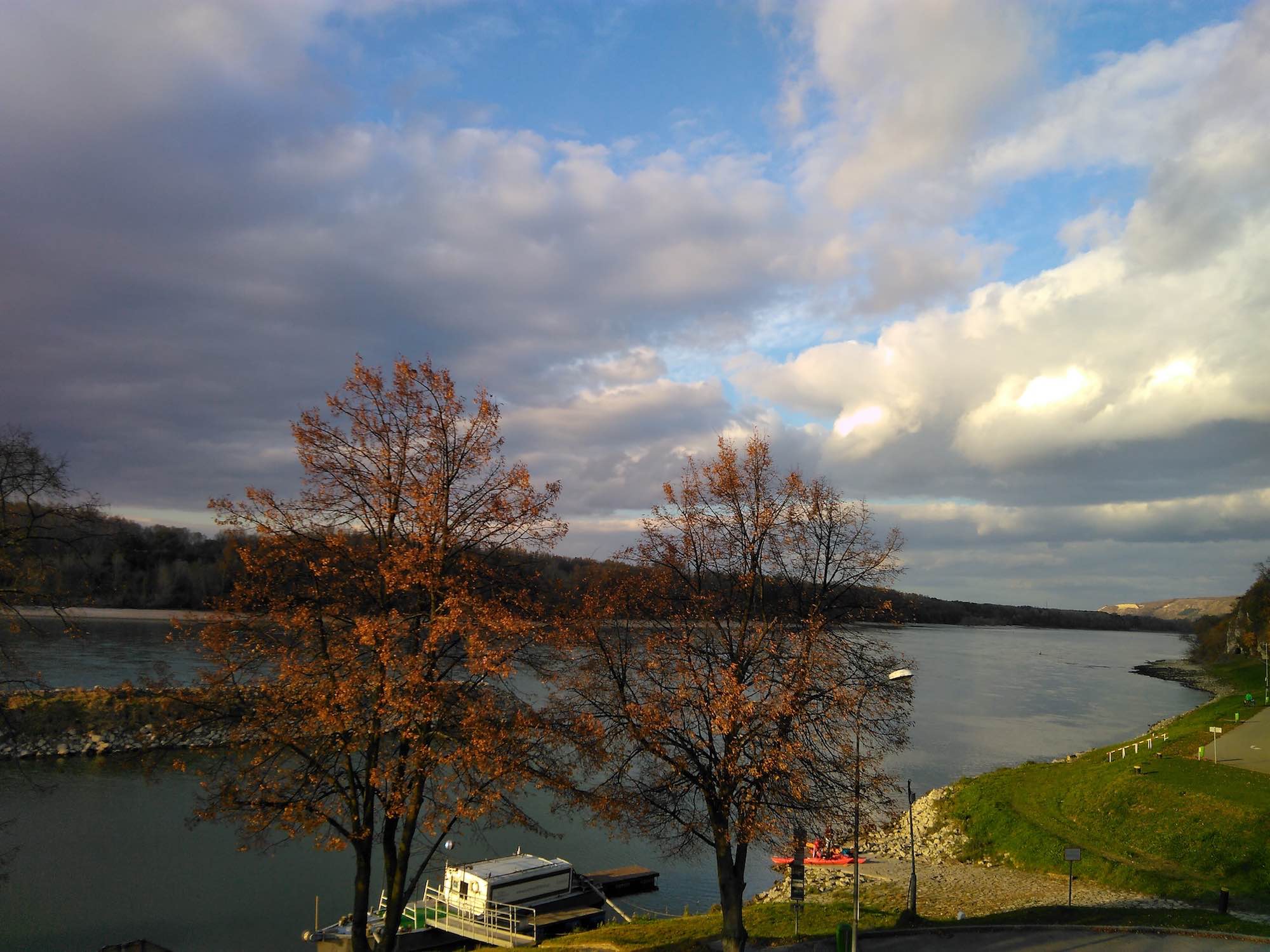 While boys are having lunch I will go for walk to the town. 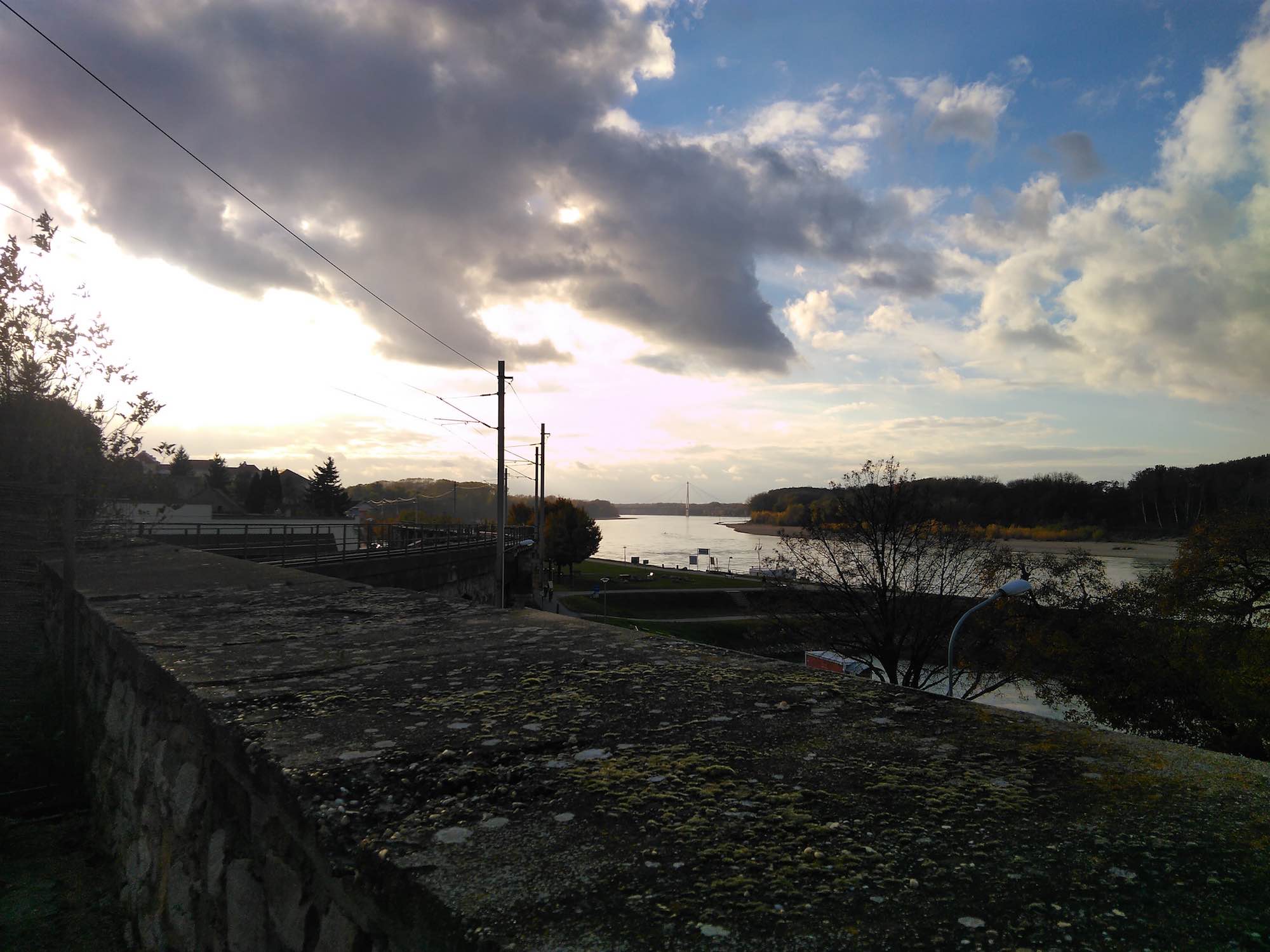 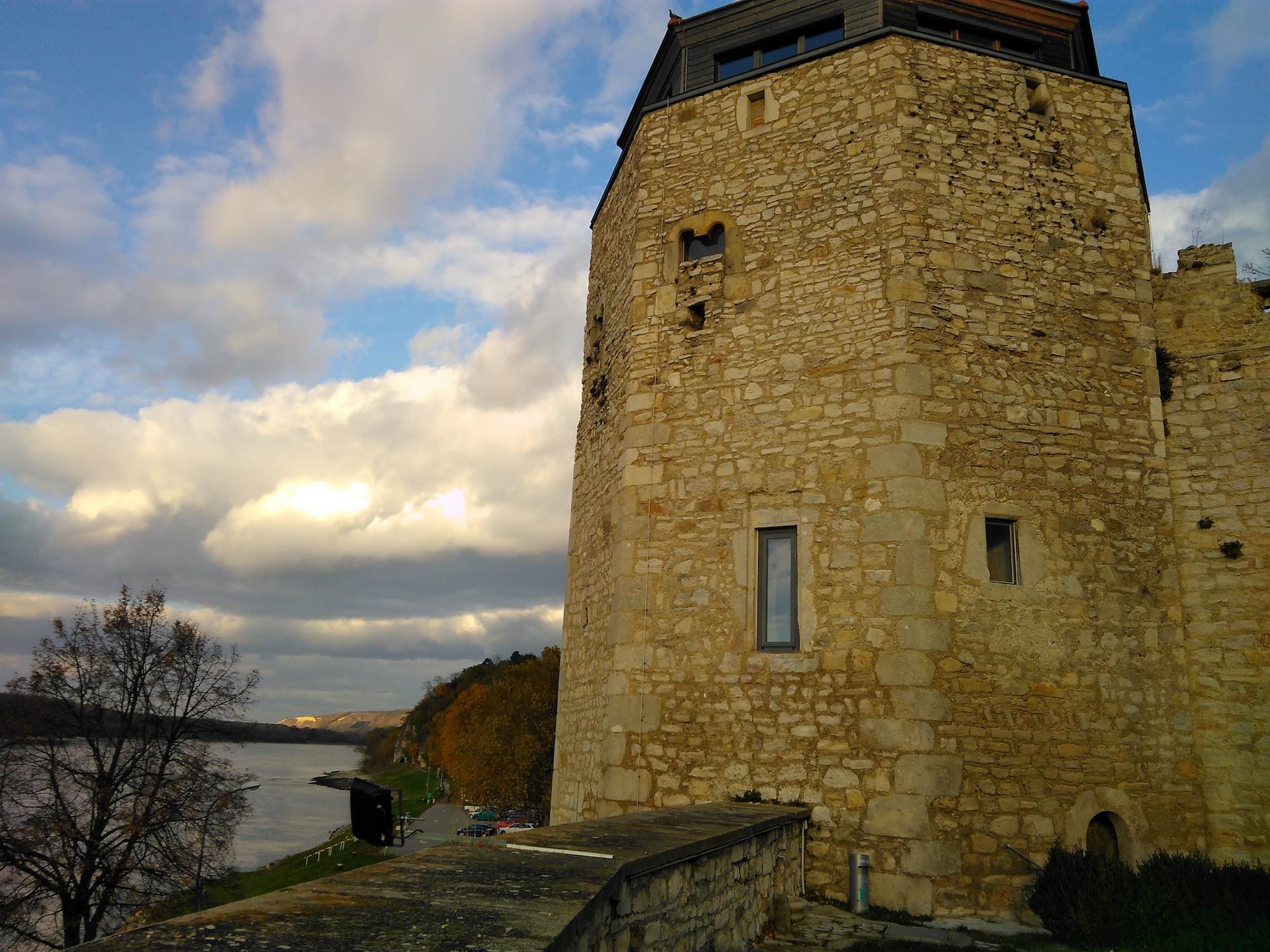 Tower with a museum inside. 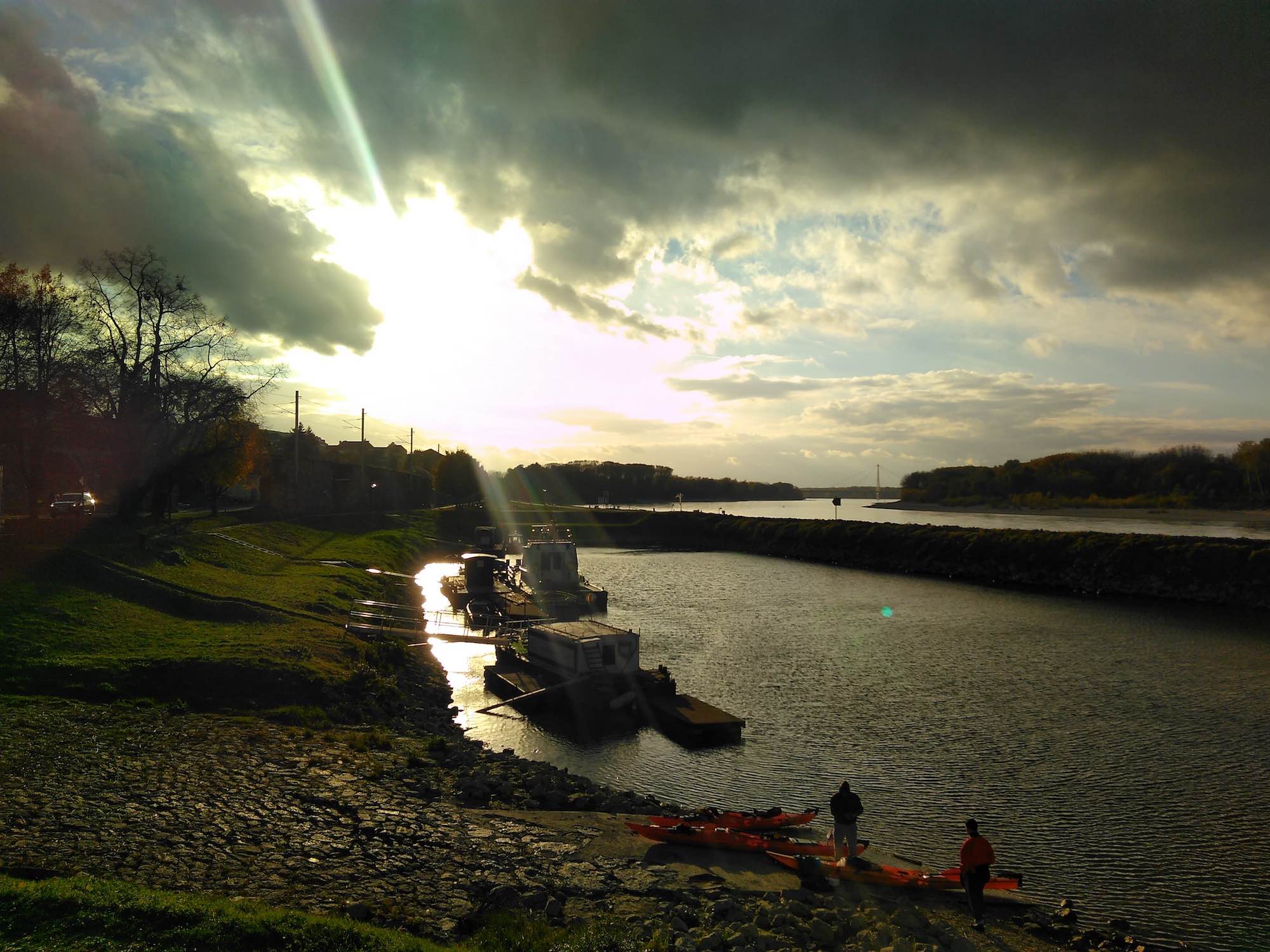 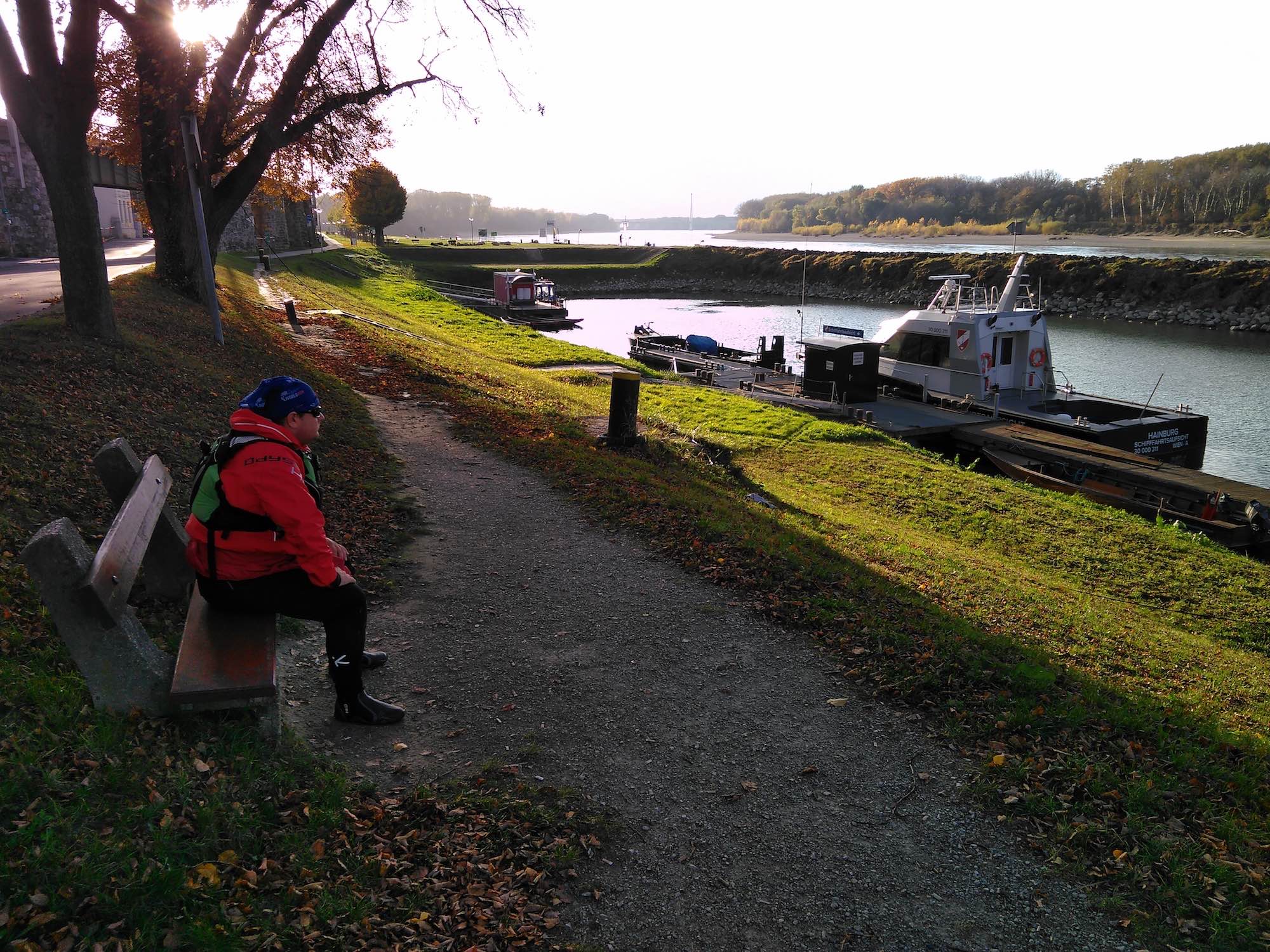 I am enjoying the atmosphere of the port getting ready for a journey back. It is down stream and the wind will help us but there will be sunset soon and that is what we do not want. 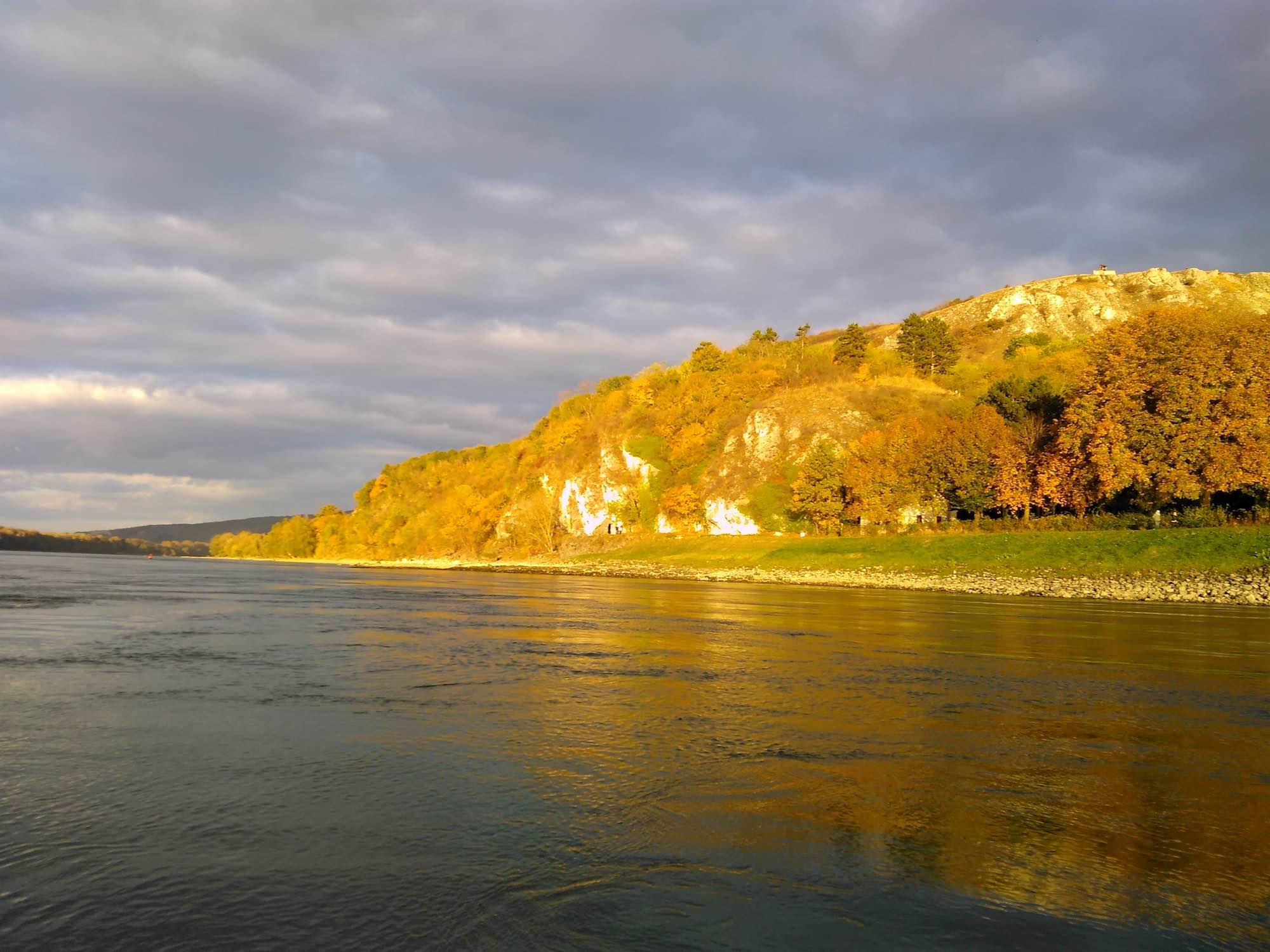 Sun beams create fairytale sceneries. It reminds me of a day in Amsterdam. A similar autumn day, a combination of clouds and sun. 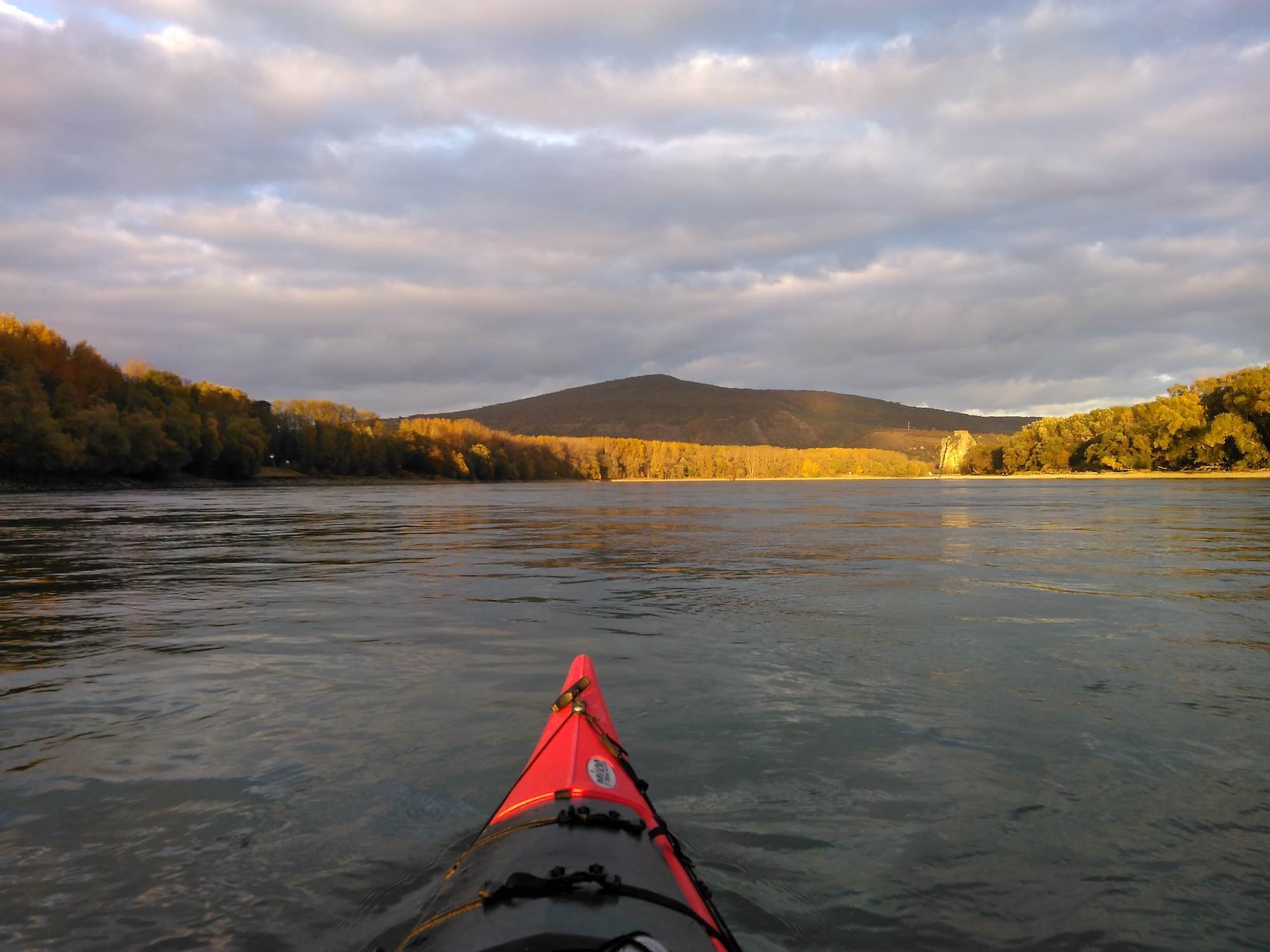 Enjoying the weather on the way back. Impossible to describe it. 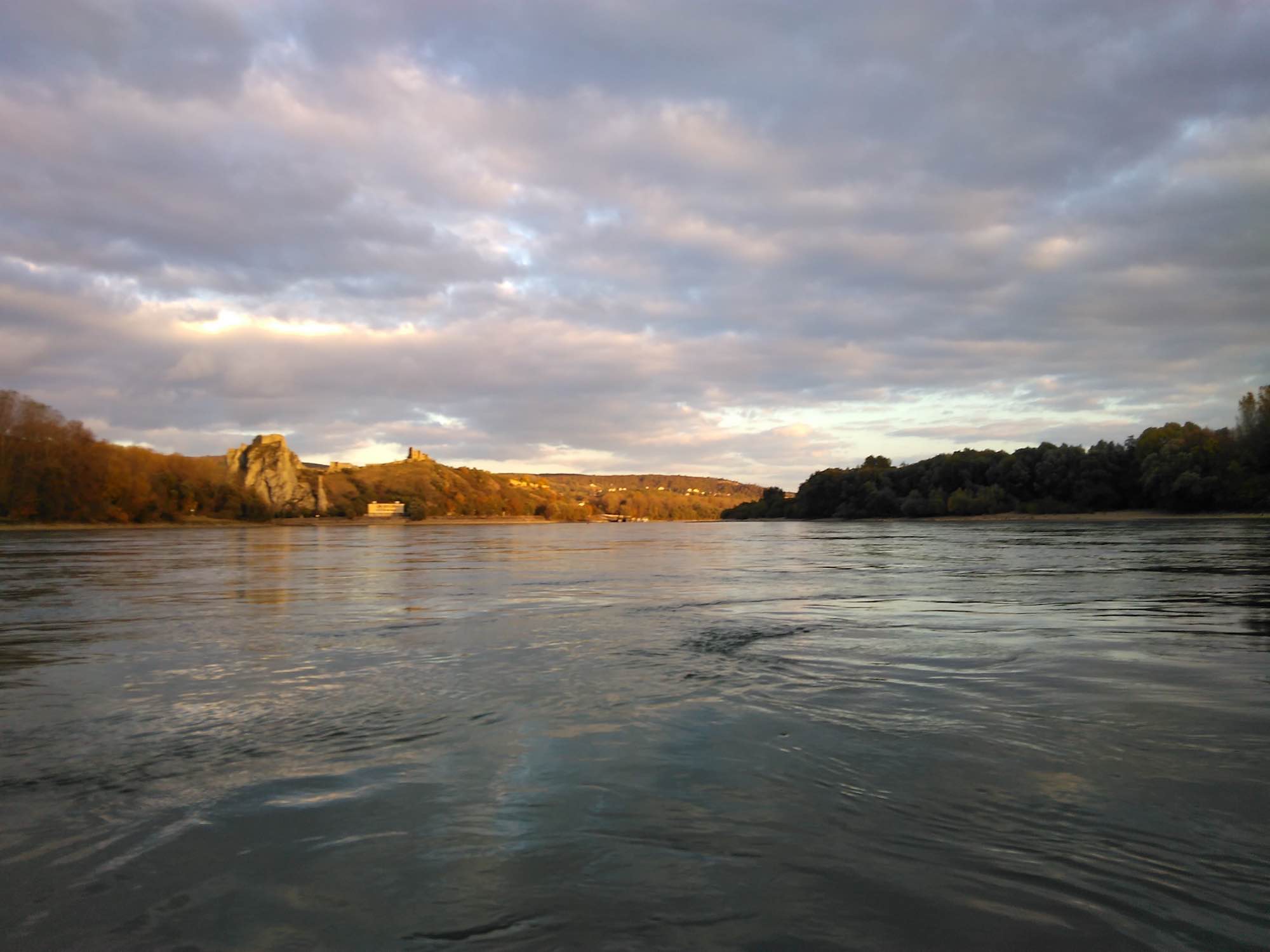 Devín is lit and so are the houses on a hill I had never seen before. I realized I had visited one before.

I do not want to leave this beauty. 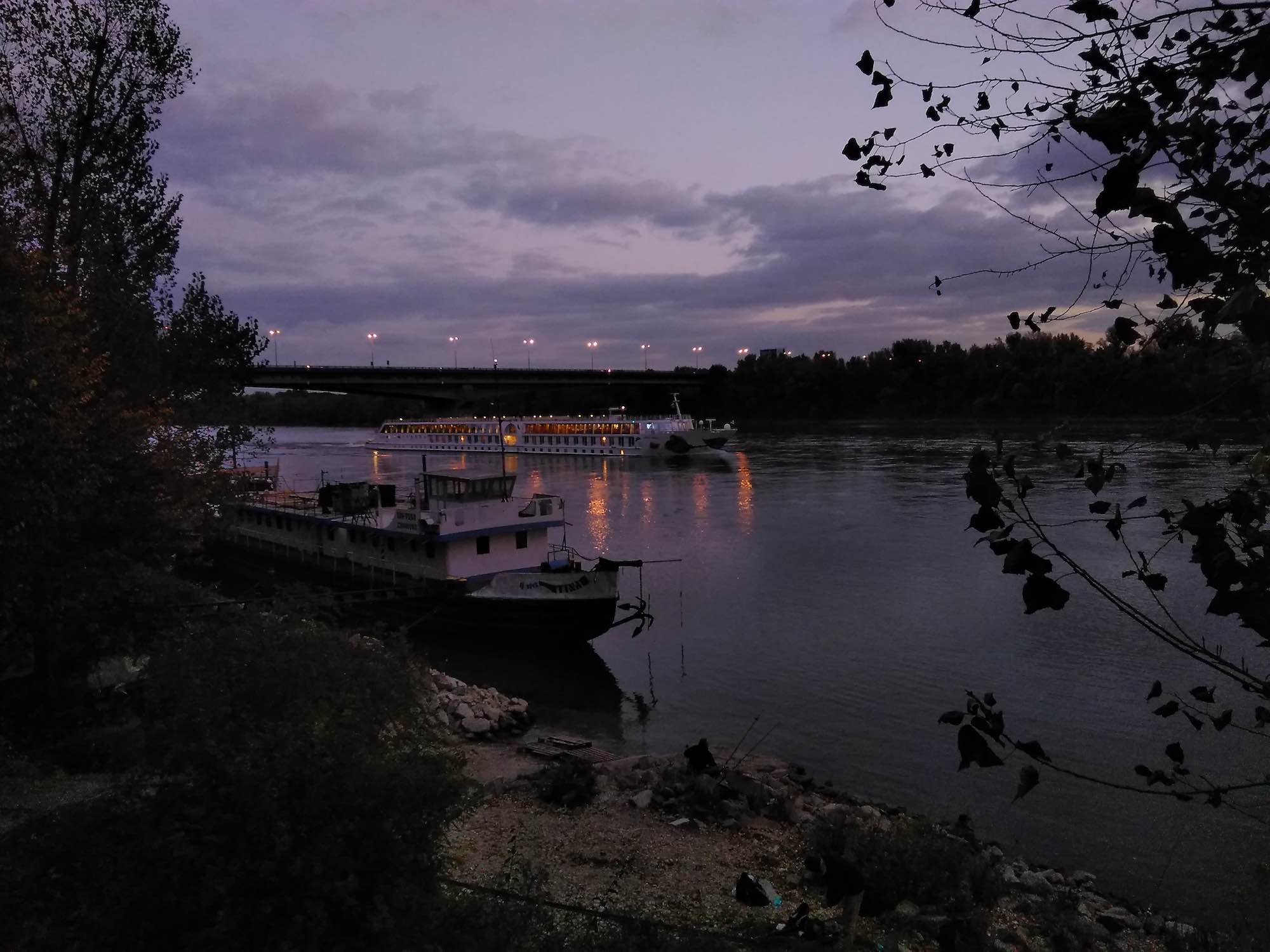 We are approaching Bratislava in the dark. We came last possible minute.

The journey was very difficult. The wind made it even more complicated. When we came to Hainburg I felt a big deal of satisfaction. When the sun started to peep out I felt as if I was in a fairytale. I was thinking about my wife Lucia. I wish she had been there with me and seen all this magnificence.